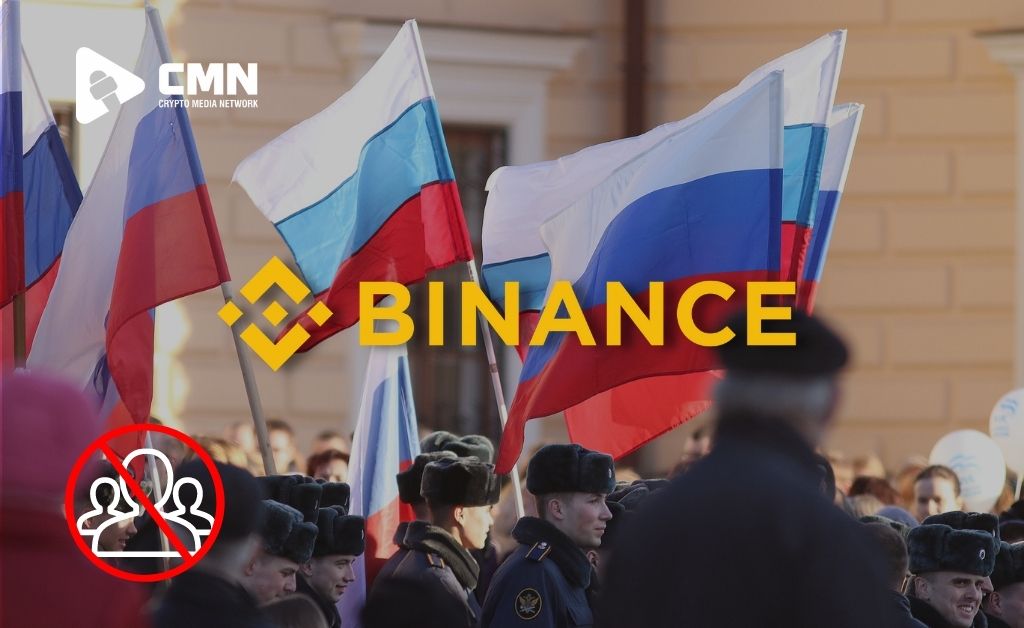 Exchange of digital assets in the form of cryptocurrency Binance has taken down accounts linked to relatives of Russian government officials.

In the face of intensifying international sanctions in reaction to Russia’s invasion of Ukraine, the trading platform announced that it will continue to screen customers for ties to blacklisted individuals.

When the daughter of a Kremlin spokesman sought to use Binance following Moscow’s economic sanctions, the exchange banned her account.

Binance, the world’s largest cryptocurrency exchange by trading volume, is putting in place new protections to prevent the Russian government from using cryptocurrency to mitigate the impact of sanctions.

Putting a Stop to Russia’s Military

Kirill Malofeyev, the son of Konstantin Malofeyev, a Russian oligarch previously charged with breaking US sanctions, was also blacklisted, according to the exchange.

Malofeev has been accused by the United States of assisting pro-Russian militants in Ukraine. Malofeev, who is wanted by Kyiv authorities for his suspected role in the Donbas war and is sanctioned by the US and EU, is a Putin supporter.

The exchange is continuing its monitoring to discover other persons linked with sanctioned individuals who may be using its services, according to Chagri Poyraz, the firm’s newly recruited global head of penalties located in Vancouver.

The revelation of the shuttered accounts follows Binance‘s earlier this month restriction of services to Russian customers in order to comply with the European Union’s most recent round of sanctions.

The restrictions apply to Russian nationals, residents, and legal entities who have crypto assets worth more than $10,800 on the marketplace.

Industry professionals concerned about possible sanctions evasion using bitcoin have praised Binance for its enforcement. Others, though, have reacted angrily, believing the restrictions are harsh.

In reaction to Western sanctions against Russia, CEO Changpeng Zhao previously claimed that

the business will abide by sanctions but will not unilaterally block the accounts of millions of innocent users.

Also Read: Binance has been Granted Preliminary Approval to Operate in Abu Dhabi