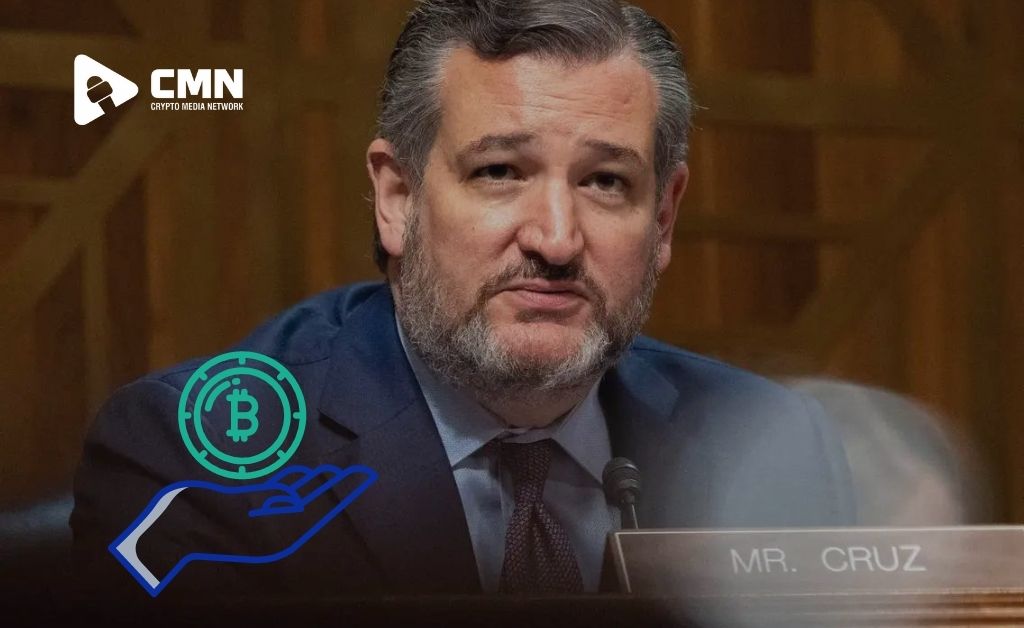 While most people might entertain this particular belief that the Senator of Texas, Ted Cruz can talk a pretty good game, this time, he actually has something that can show for all the big talk. Apparently, Ted Cruz who is the Junior Republican Senator residing in Texas has been trying and succeeding to put all his money where his mouth is.

A financial disclosure that was filed on the 4th of February, Friday, had a very interesting revelation in it. According to the report, Ted Cruz ended up buying about $15 thousand to $50 thousand worth of BTC or Bitcoin. The purchase was made on the 25th of January and the process was completed with the help of River Brokerage.

At that particular time, the trade for Bitcoin was somewhere around $36 thousand and $37 thousand in total. However, in the subsequent period of time, the price of Bitcoin has gone through a proper rise and now stands at about $41,600 in total. Bitcoin has been going through a lot of fluctuations in price which might have caused a bit of tension amongst the followers of the cryptocurrency. However, with such a move by the Republican Senator of Texas, faith might have been restored again. Now making an assumption that he hasn’t actually sold the Bitcoins that he brought or didn’t have to go through any particular taxes on capital gains, it can also be interpreted that the current profit that he holds for the investment will be somewhere around $2,000 to $6,850

Right after following the example that was set forth by Cynthia Lummis of Wyoming who is a fellow Senator to Cruz, he also spend much of the latter sector of the bull run related to crypto in aligning himself with the industry of cryptocurrency as well as blockchain. According to today’s top cryptocurrency news, he wanted to familiarize himself with the different aspects of cryptocurrency and not make a mistake whole investing. Not to mention that the state of Texas could’ve greatly benefitted with the help of the different companies that mined Bitcoin. Hence, the interest of the Senator in the entire concept of cryptocurrency actually began spreading like wildfire in the state and outside as well.

Ted Cruz has also been an advocate for accepting different payments of cryptocurrency in the vending machines as well as gift shops that are situated in the U.S. Capitol complex. Apart from that he also opposed a particular provision that stated that miners were brokers of some sort. The provision was made related to the pretty recent infrastructure bill in the state and hence his opposition was taken very seriously as well.

During this particular cold spell that has settled over the entire Texas state, there are certain crypto miners who have actually ceased or at least slowed all the operations that they started in order to help in the protection of the energy grid infrastructure of the state which was a failure when it came to the prolonged freeze in the year 2021. Ted Cruz was also not a part of the system at that time since he was on a particular visit to Cancun’s Mexican Resort.

River Financial has been properly licensed in different sections of U.S. states. However, it doesn’t note a Texas Money Transmitter license on the website that it has. Going by the statements of the Texas Department of Banking guidance that is provided on Virtual Currencies, however, there is no particular currency exchange license required in this particular state in order to conduct different exchanges and transactions of cryptocurrency in the first place.

Different Members of Congress, which include Democrats such as Jake Auchinloss belonging to Massachusetts as well as Marie Newman belonging to Illinois, plus certain Republicans such as Jeff Van Drew belonging to New Jersey as well as Barry Moore belonging to Alabama, have made a disclosure of having certain holdings in crypto.