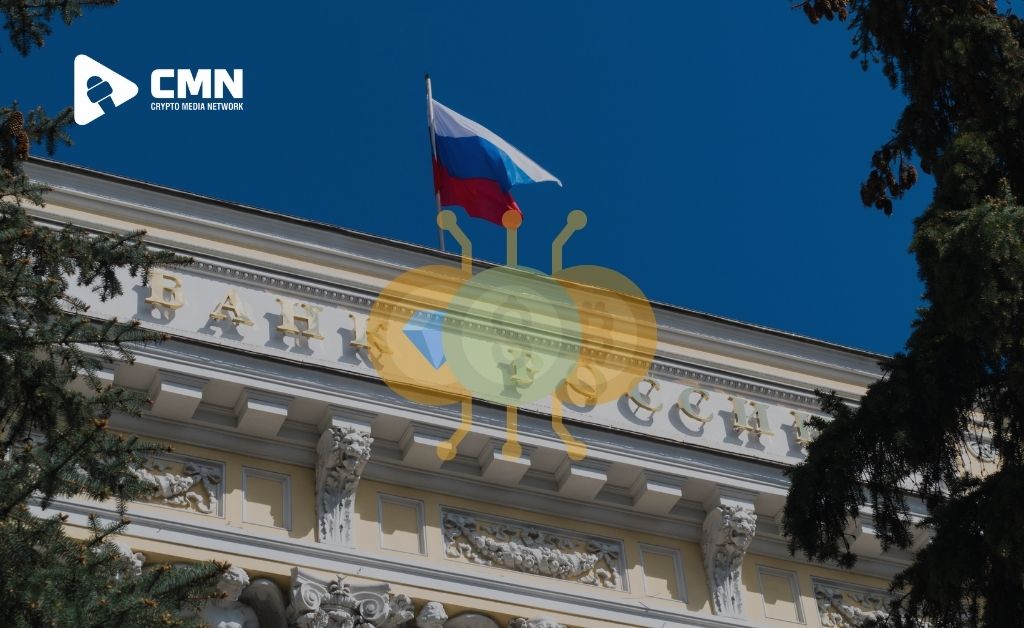 Reaching the end of 2021, the deputy governor of the Bank of Russia made a very important announcement regarding the use of cryptocurrency in their banking system. According to the deputy governor, the Bank of Russia would actually allow the people to make certain investments in cryptocurrency if they were planning to make the crypto investment via the different foreign firms that are situated in the nation. However, in the recent news, the tokenization service which is known by the name Atomzye has been registered by the Central Bank in the country to become the very first manager for digital assets in Russia. This particular announcement was made by the Central Bank this Thursday, according to Dent crypto news today.

Going by the content of the announcement, the Russian Central Bank has provided formally all the different rules that the company is going to establish for the Information System and the process. Not to mention that the technical requirements for the implementation of the company have the digital asset manager has also been looked after according to the laws in Russia. With the help of this particular registration, Atomzye will be able to provide all the clients that it has with the perfect chance to issue certain financial assets digitally in the best way. Also, people will be able to achieve different new assets that are in the form of tokens. The company will be also allowed to “independently carry out exchange operations within its platform” as the rules of DFA exchange are “built into the information system rules.”

“In order to further develop the DFA, the Bank of Russia has formulated proposals for improving the regulation of such assets and their taxation, which will increase the attractiveness and applicability of digital financial instruments. In the near future, these proposals will be submitted for discussion in the form of a regulatory consultation report,” the central bank stated.

According to the website of Atomyze’s, it is a blockchain firm that is based in Russia and has a major focus on the digitization of different assets as well as the process with the help of ledger technologies.

In June 2021, Atomyze secured funding from Russian conglomerate and investment firm Interros, co-founded by local billionaire entrepreneur Vladimir Potanin. The Russian oligarch is known as Russia’s second-richest person with a net worth of $28.8 billion. He made a fortune by acquiring a stake in the nickel and palladium mining and smelting company Norilsk Nickel during Russia’s privatization in 1995.

According to a separate piece of information by Interros, the Global Palladium Fund was one of the first issuers on the Atomyze global platform. The fund specifically launched digital exchange-traded commodities backed by assets of Norilsk Nickel on six European stock exchanges, including those in London and Frankfurt.

“Atomyze became the first tokenization platform in Russia to receive a regulatory approval,” Interros wrote, adding that its ecosystem includes tokenization platforms not only in Russia but also in other jurisdictions, such as, in the United and Switzerland. The announcement also states the following: “This will ensure Russia’s “digital equality” in the global digital economy, make it easier for Russian companies to enter world markets, and make it possible to attract more foreign capital to Russia.”

As it has been reported previously, the Bank of Russia has been strongly contrasting local companies to start offering digital currency-related services including crypto ventures. Major local private bank Tinkoff acquired a foreign crypto-related firm in early January after the Bank of Russia reportedly stopped the firm from launching its own suite of related services last year. In late 2021, the deputy governor of the Bank of Russia Vladimir Chistyukhin made an announcement regarding the intention of the bank to allow different Russians to invest in cryptocurrency only through foreign crypto infrastructure.

Also Read: The Central Bank explained why mining should be banned in Russia.