What Is Coin Burning? 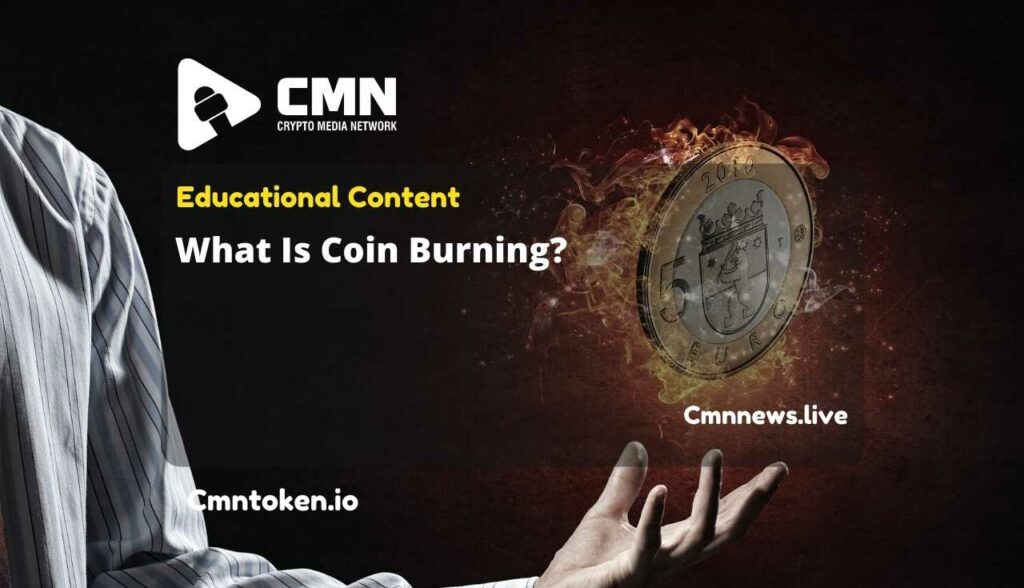 What Is Coin Burning?

After the London Ethereum burn event , a question about what coin burning arises in a lot of minds. BNB and XRP are fine examples of it.

Coin burning is one type of crypto term we will explore here. What causes it to happen, how it came about, and everything in-between. The process of coin burn does not apply to every cryptocurrency, but understanding the ins and outs will help you in your trading endeavors in the future when you do find out about it.

Coin Burning: What Is It?

To start with, coin burning means removing a particular amount of coins from circulation. In this case, the project management team sends coins to an address commonly known as “eater”. Blockchain addresses are similar to black holes, since no one is able to get the private keys to that particular wallet, making the coins permanently unrecoverable. As a result, the value of the item is effectively increased.
Cryptocurrency has long had this concept and it has roots in the traditional stock market. Publicly traded companies buy back their common stock instead of burning coins, which essentially reduces the total number of shares outstanding, thus removing them from circulation. The value of each share increases as fewer shares are in circulation. The term “DEMAND AND SUPPLY” plays here.

There are two types of coin burning

There are two main types of coin burn that are implemented in the industry. Protocols are the former, economic policies are the latter:
Protocol Level Mechanism
Whenever coins are burned from the onset of a project, this section refers to it as being hardwired into its DNA. According to the network codebase, coin burn may be automatically implemented similar to a halving mechanism that occurs every block.
Economic Policy
An economic policy may call for coin burn to be implemented. For example, a portion of the transaction fees received from an activity on the network may be burned.

Let’s examine the why aspect of the topic as a common question. A number of networks use coin burn (more on this below) for a variety of reasons.
Economics of Supply and Demand
A decrease in supply will increase the value of an item if the demand remains constant and the supply decreases. As depicted below, burning coins is an effective strategy to increase token value. Similarly, coin burns provide a deflationary element to the network.
To Achieve More Effective Consensus
Proof of Burn (PoB) is similar to Proof of Work and Proof of Stake consensus. Using this mechanism, tokens are burned and a consensus form is reached, which is environmentally safe and economical.
Reduces the likelihood of spam attacks
As a natural safeguard against Distributed Denial of Service (DDOS) attacks and spam transactions, burning coins provides an effective method for preventing network congestion. By reducing the volume of transactions, more “healthy” transactions can occur, leaving less room for spam attacks.
Measures the longevity of a project
In most cases, projects aim to increase their coin’s value as this is a strong use case for the project. This is a critical part of building investor confidence in the project, because coin burning indicates a commitment on the part of the project to this goal.

Over the years, a number of projects have used coin burning mechanisms, including Bitcoin Cash, Ripple, Binance Coin, Stellar, and several stablecoins like USDT, USDC, and GUSC. The following paragraphs explore Binance Coin and Ripple.
Ripple
In its transaction processes, Ripple (XRP), a top 10 cryptocurrency, burns coins.
Every time a transaction is executed, XRP is burned as “gas” or part of the transaction fee. It incorporates a delationary element into the supply of XRP by gradually reducing its supply. The amount is small, therefore making any significant difference in circulating supplies will take many years. The user burns 0.00001 XRP per transaction, which requires 100,000 transactions to burn 1 XRP.
Binance Coin
Currently, Binance Coins (BNB) rank among the top 5 cryptocurrencies. In exchange for various incentives, the token helps stagger payments of exchange transaction fees. Over the years, several coin burns have occurred on the network, contributing to the massive increase in value the coin has seen. This means that $165,791,000 worth of token value was burned as recently as January 2021. By guaranteeing to burn 50% of the original supply, the network initiates burns based on trading volume.